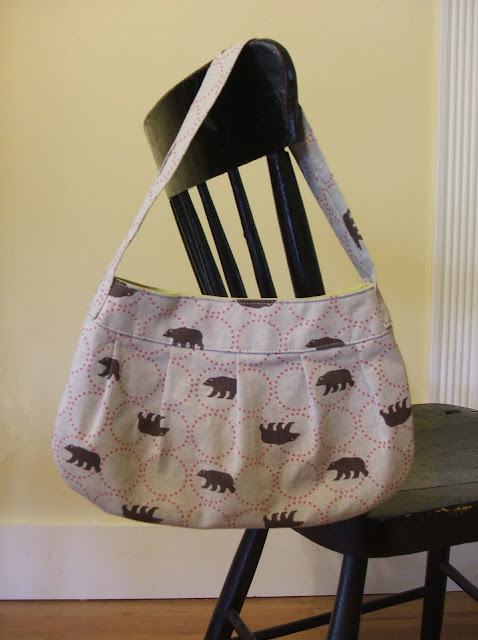 I've been on a bit of a purse/bag construction kick. The above it the Buttercup Bag from Made By Rae in Enchino- I can see why it's become such a popular pattern - it's a pleasant sew. If I was a better person I would have remembered to match my patterns, but I'm not, and I didn't. 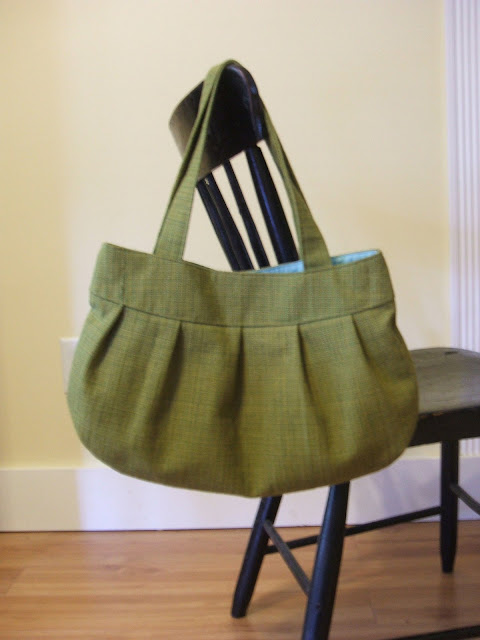 This is the same Buttercup pattern enlarged by 30% and modified with two straps rather than the one. This is the bag that's won my love.


And finally, this wardrobe is finished and back in the house. It came to us after being stored in Joshua's mother's barn. At that time the finish was all water damage and flaking, but after much stripping, it's back to its former boxy glory. 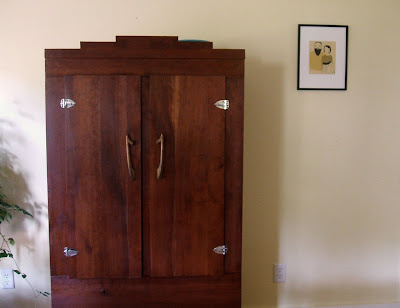 This sideboard is also finished. It now has a television perched happily atop its new white paint job. Whew. Progress. 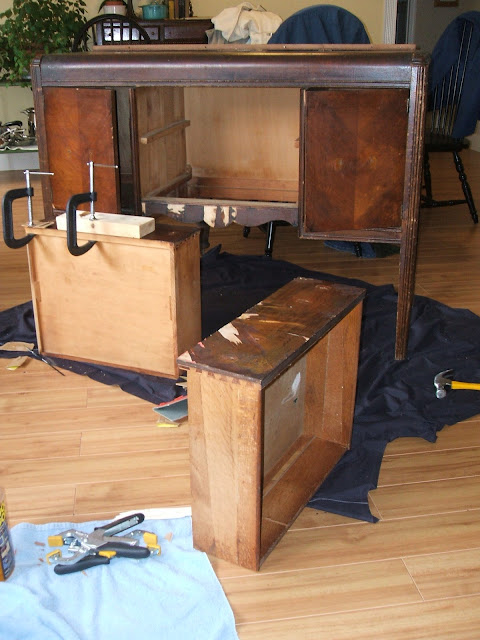 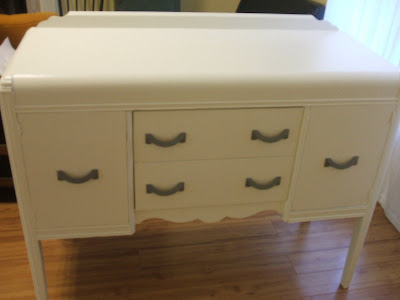 after
Posted by jennie lynn